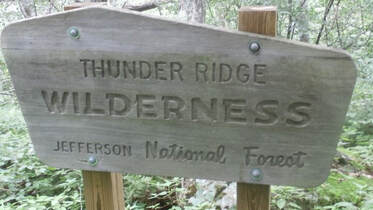 The Blue Ridge Cluster lies entirely on the Glen-wood Ranger District. At nearly 75,000 acres, the Glenwood District is the northern most district of the Jefferson National Forest. The cluster is located entirely in the Blue Ridge Mountains and features striking scenery, popular recreation attractions, and rich biodiversity.

The Blue Ridge Cluster is crossed by approximately seventy-five miles of the Appalachian Trail. The 65-mile Glenwood Horse Trail is another outstanding long-distance trail that runs from the Arnolds Valley in Rockbridge County to Camp Bethel on Botetourt County. The Blue Ridge Parkway stretches for forty miles across the Glenwood District and reaches its highest point in Virginia at just over 4000 feet, near Apple Orchard Mountain.

The Blue Ridge Cluster is also home to several recognized Conservation Sites including the Appalachian Mountain and James River. Within these eight treasures there is just over 10,000 acres of possible old-growth, much of it located in the White Oak Ridge/Terrapin Mountain, North Creek, and Spec Mines VMT. Other notable flora is the numerous spring wildflowers like Trillium and Pink Lady Slipper.  Rushing from the crest of the Blue Ridge to the Piedmont or the Valley are several designated cold-water streams, which are the home to native Brook trout.

​The Glenwood District has less than 12,000 acres designated as wilderness, most of which is in the 8,907 acres James River Face Wilderness. James River Face was established by Congress in 1975. It was Virginia’s first designated Wilderness and is considered the grandfather of Virginia’s Wilderness lands. The smaller, adjacent Thunder Ridge Wilder-ness (2.428 acres) was established in 1984. These two wilderness areas are separated by a single road and thus form a nearly contiguous wilderness bloc of over 10,300 acres. 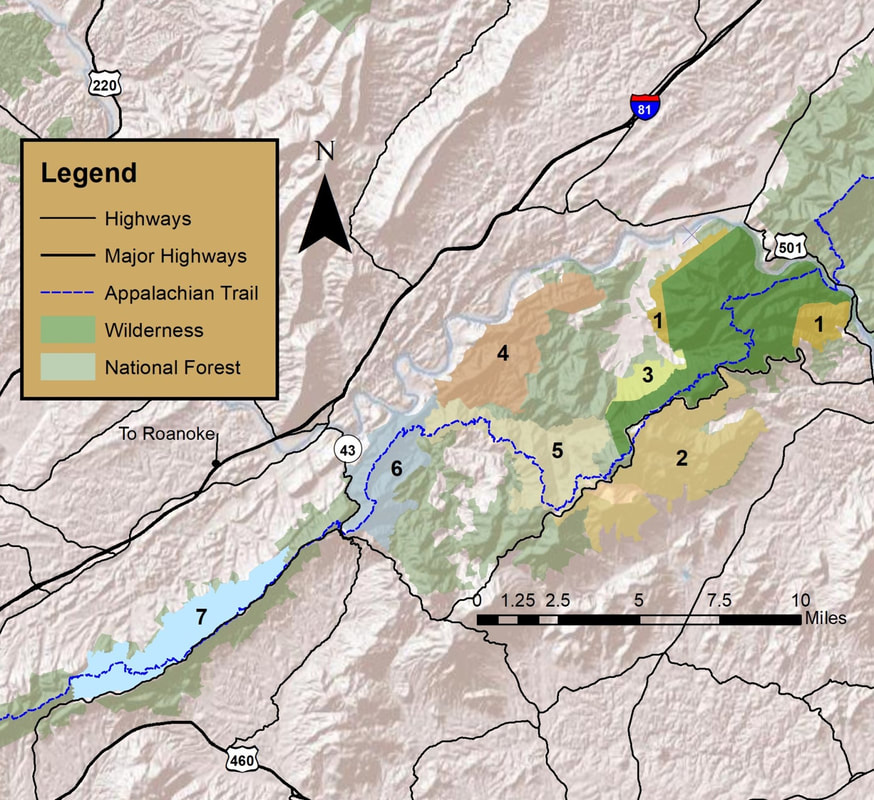