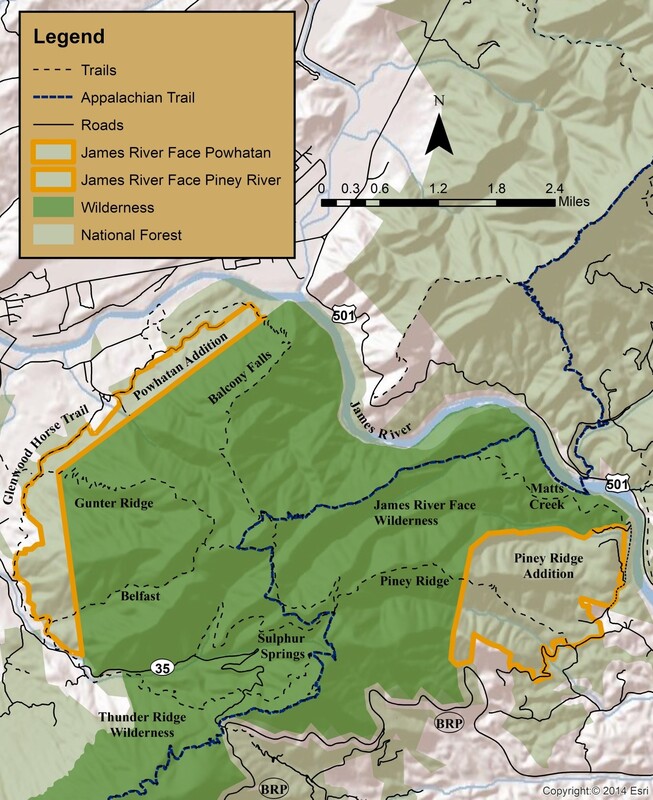 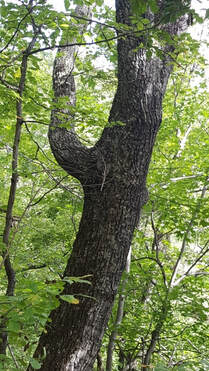 The 1,183 acre Piney Ridge addition is located on the eastern flank of the James River Face Wilderness. Piney Ridge is composed of mostly rich hardwood forests with an age range from sixty to nearly one hundred years old. It was recognized as a Roadless Areas and designated as a Wilderness Study Area in the Revised Management Plan for the Jefferson National Forest in 2004.

The Piney Ridge addition is mostly represented by a Dry Mesic Oak Community or the drier Dry Mesic Oak-Pine Community. There are 261 acres of potential old growth including such species as Chestnut oak, Scarlet oak, and assorted yellow pine within the boundary of the additions.

The area is managed primarily for Black bear and is popular during hunting season. The Piney Ridge Trail runs through the middle of the addition before entering the James River Face Wilderness. It terminates at the AT.

The 843 acre Powhatan addition is named for the Boy Scout Camp that existed in the area at the turn of the 20th century. It was located on Elk Creek.

Belfast Creek is a designated cold water stream and parallels the Belfast Trail. There is a small low-flow waterfall on the trail adjacent to the Devils Marbleyard in the Wilderness. Big Hellgate Creek also tumble down to the Powhatan addition from the James River Face Wilderness. Both are tributaries of Elk Creek. A nearly pure stand of White pine can be found within its boundary. Smaller groves of cove hardwoods are located in the watersheds of Big Hellgate Creek and Belfast Creek as well as several unnamed streams in addition. Otherwise, the addition is mostly represented by a Dry Mesic Oak Community.

This addition pushes the western boundary of the James River Face Wilderness to it logical maximum extension adjacent to the Glenwood Horse Trail.

Access: This addition can be accessed at several locations. 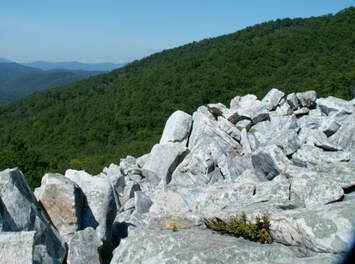 ​The Devils Marbleyard is a significant rock outcrop and boulder field of quartzite boulders. Some of which are the size of a dump truck.

The Wilderness includes a tremendous diversity of vegetation. About 800 species of plants have been identified here, representing a quarter of all the species recorded in Virginia. Three species of plants present in the Wilderness are listed as being extremely rare. Cove hardwoods dominate the moist sites, while northern Red oak, Chestnut oak, and yellow pine are the dominate trees throughout the rest of the Wilderness. Some of the driest areas include shale barrens. These barrens present a stark contrast to the rest of the Wilderness. The Old Growth Forest Network recently recognized 1620 acres along the Belfast Trail as an old growth forest much of which dates back to the 1880’s.

The James River Face Wilderness is the only Class 1 air quality site on the entire Jefferson National Forest. 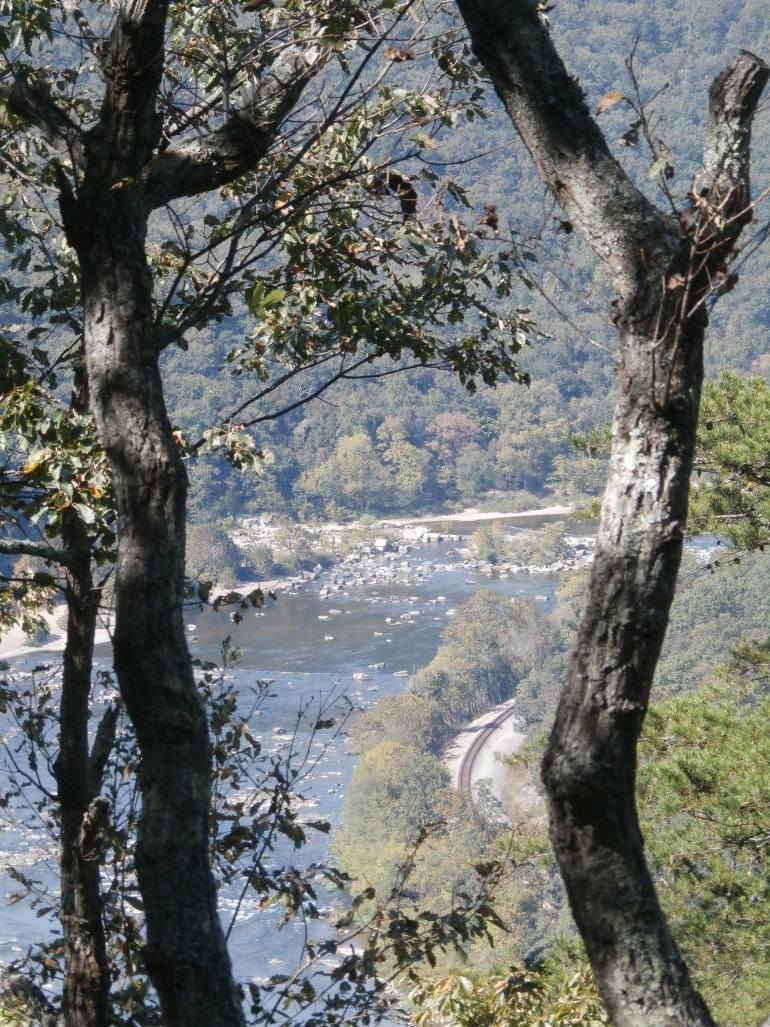