The proposed Skidmore Fork Wilderness Area is located in the George Washington National Forest, bounded by railroad hollow to the north and FDR 85A (Slate Springs Rd.) to the south. The boundaries are drawn inside Dunkle Hollow Road, so the road will remain open for hunting access, and also inside Shenandoah Mountain Trail, so the trail will remain open for mountain biking. The boundary will also loop around a small inholding south of Switzer Lake. The proposed wilderness area is approximately 5,230 acres.

The proposal encompasses the major portion of the Skidmore Fork drainage. Skidmore Fork feeds Switzer Reservoir, a principal water source for the city of Harrisonburg. Wilderness designation would be the most positive assurance that this municipal water supply would remain constant and pure.

The high-plateau ridge of Shenandoah Mountain forms the western border for the proposed area. This ridge, which forms the state line with West Virginia, has been identified as a rare and threatened habitat by the Natural Heritage Program. The state Division of Natural Heritage has identified ten rare, threatened, or endangered species in the Skidmore Fork area, with five of them being given the "extremely rare" designation.

The upper, southern reaches of Skidmore Hollow once boasted a 1,400-acre stand of old-growth hemlock, recognized by the Heritage Program as an exemplary natural community. In the last few years, much of the hemlock in this area has fallen victim to the woolly adelgid.

The area has a rich variety of wildlife; black bear are often seen in the higher reaches, and it is a popular destination for deer hunters and trout fishermen. The perregrin falcon was introduced in the area near High Knob lookout tower. Access to the tower would not be affected by wilderness designation; in fact, wilderness would serve to improve the surrounding area as falcon habitat.

The steep river valleys and high ridges of the Skidmore Fork area provide an excellent setting for visitors to experience solitude and serenity. Ranging from flat riverbottoms to steep mountainsides, this area can create a moderate to very challenging experience. The existing trails combined with old roads furnish a wide range of primitive and unconfined recreation opportunities. The old railroad hollow trail could be reopened to form a useful connector trail for hikers, bikers, and hunters. No access roads would be closed or otherwise affected by this proposal.

Access is easy - the area is located less than one mile off Rt. 33, fifteen miles west of Harrisonburg. 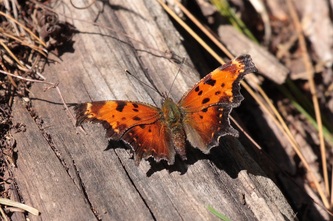 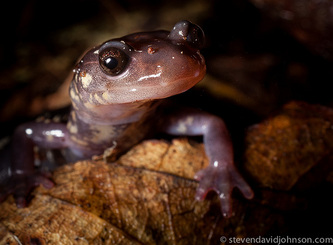 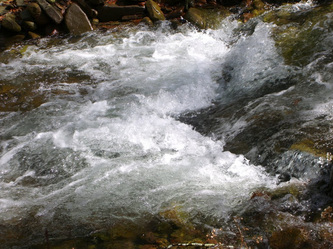 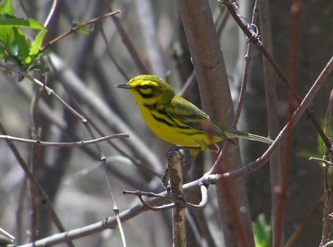