​Yes, Virginia, we have a Wilderness Bill
Wilderness bills are never easy. The Omnibus Land Bill, signed into law by President Obama in 2009, is a prime example. The Ridge and Valley Act was a part of this bill. In 2001, the Virginia Wilderness Committee (VWC) began to organize around a bill on the Jefferson National Forest. First introduced in Congress in 2004, the passage of this bill took an additional five years to be finally signed into law.  It protected over 53,000 acres of the Jefferson National Forest as Wilderness or National Scenic Area (NSA), and, altogether, it took almost eight years to move the bill from concept to law.

The Virginia Wilderness Additions Act of 2017 is no exception to this rule. It originated and evolved from the beginning of the Plan Revision for the George Washington National Forest (GW) in 2009. VWC was disappointed with both the Draft Plan’s recommendations for Wilderness and for National Scenic Areas. Thus, in 2010, VWC and other groups, including The Nature Conservancy, Department of Game and Inland Fisheries, Virginia Forestry Association, and mountain biking groups came together to discuss management issues on the GW and its plan revision process.

These groups formed the core of what became known as the George Washington National Forest Stakeholder Collaborative. Over the course of eighteen months, we discussed forest management tools, including timber harvesting and fire, roads, Wilderness, and NSAs. At the end of this process, we agreed to a set of principles that included the management and protection of the Wilderness and NSAs. We also agreed that the best way to achieve our common vision was through large landscape scale restoration and management projects that were located near Plan Recommended Wilderness or NSAs. Forest Service Planners accepted most of the Stakeholder recommendations.

Project planning is the point where the Forest Plan is being put into action. Planning for the Lower Cowpasture Restoration and Management Project began in 2013. This project included many of the goals and objectives laid out in the Forest Plan and outlined by Stakeholders in our comments to the Forest Service. It included stream restoration work, Chestnut planting, prescribed fire, various types of harvesting activities, as well as new trail construction. A signed Decision Notice in December 2015 allowed for project implementation. VWC’s interests in the project were the 4,600 acre addition to the Rich Hole Wilderness and the 1,000 acre addition to the Rough Mountain Wilderness. These additions would create a nearly contiguous Wilderness block of over 20,000 acres.

On October 17, 2017, Senator Tim Kaine introduced S. 1975—The Virginia Wilderness Additions Act. This bill has since been referred to the Senate Floor as a part of a lands package—S. 2099 Federal Land Management Act of 2017.  It is now awaiting action on the Senate Floor.

As with all good things, patience is often a necessary requirement. Advancing Wilderness legislation is seldom straightforward and almost never timely. It requires dialogue and compromise, a willingness to listen to divergent points of view, and traditional and non-traditional allies to catalyze the process. We believe we have done all of these things to hasten the Virginia Wilderness Additions Act of 2017, and we believe that we have laid the groundwork for future large landscape scale planning and the legislative package that follows for additional Wilderness and our Shenandoah Mountain National Scenic Area proposal.
​The Atlantic Coast Pipeline and Our National Forests
Broad and Well-Organized Opposition Continues and YOU can help!
The Atlantic Coast Pipeline (ACP) is arguably the most deleterious development to the George Washington National Forest (GW) since its formation in the early 1900s.  This horrendous 16-mile swath through the GW and another 5 miles through the Monongahela National Forest will fragment forests, threaten special species, provide an open invitation for non-native species, degrade our coldwater native brook trout streams, mar scenic viewsheds, and destroy popular recreation sites—a considerable price to pay for needless expansion in the name of corporate profit.

Resistance to this unfortunate development has been strong, well-organized, and persistent.  Nevertheless, the Federal Energy Regulatory Commission (FERC) issued a permit with a 2 to 1 vote in October 2017; the FERC commissioner with the longest tenure and most experience voted “no.”  The Forest Service subsequently issued a Special Use Permit to Dominion in late January.  Tree cutting is now underway both on private land and in our National Forests.  We are hoping that time restrictions related to special species will slow down the process.

The ACP route through the GW would slice a wide, permanent corridor through some special places, including southern Shenandoah Mountain (Bath County), Allegheny Mountain (Highland County), and Hankey Mountain (Augusta County).  This is traumatic--almost agonizing--to see. Yet, we look to the following groups that are providing leadership, organization, and legal defense to give us hope.
The opposition has worked tirelessly and unremittingly for almost four years. This is not the time to fatigue, lose heart, or surrender.  This destructive pipeline threatens many of the singular places and values VWC holds dear.  We must do all we can.  Please volunteer to help with incident response and water quality monitoring along the ACP Route as a part of this effort.  You can sign up at pipelineupdate.org/csi-volunteer/. 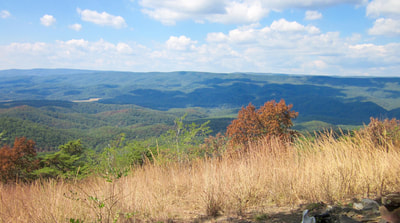 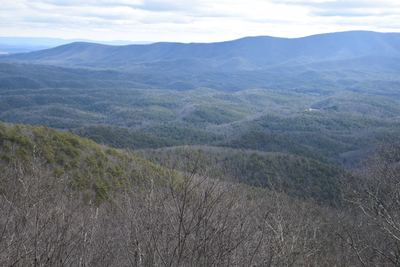 ​Mountain Valley Pipeline—A Pipeline in Search of a Need!
Proponents of the Mountain Valley Pipeline (MVP) continue their relentless push to have a pipeline constructed that does not serve the public interest. This pipeline threatens the water supplies of many communities, imperils several endangered species in Virginia’s waterways, leads to greater forest fragmentation, cuts through an identified stand of old growth forest, and has observable impacts on the Appalachian Trail.  Most of the comments received by the regulatory agencies involved have been in opposition to the pipeline; yet, this extraneous infrastructure continues to be approved.

Despite MVP’s political power, the fight continues.  Appalachian Mountain Advocates (AMA) have filed two suits in the Fourth Circuit Court of Appeals attempting to prevent stream crossing in West Virginia until adequate surveys have been completed for all of the stream crossings in West Virginia.  VWC is supporting a Southern Environmental Law Center (SELC) amicus curiae brief supporting AMA in its efforts to prevent MVP from harvesting on the Jefferson National Forest.  MVP claims that it needs to move forward quickly so that it can finish cutting trees in the pipeline corridor before March 31st, contending that this is to protect the Indiana Bat.

Entreaties have been made to Governor Northam by Virginia’s citizens who are requesting that the Department of Environmental Quality and the State Water Control Board reassert their authority over Virginia’s waterways by revoking the blanket permission that was granted to the U.S. Army Corps of Engineers.